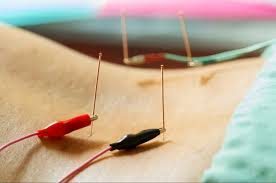 I had a question from a client. We have been working on her edema.

Here’s the answer I gave her:

That’s a very long story and even the question is unclear.

There is no “North American Acupuncture.”

There are many differing adaptations (rip offs) of acupuncture being done in North America.  Including dry needling. Which is a style of acupuncture that acupuncturists can also do.

These new names for acupuncture usually come up because chiropractors, physiotherapists, trainers etc want to bill for acupuncture on people’s insurance benefits, but since they are not Registered Acupuncturists, they had to come up with new categories so people could get reimbursed for these “new” treatments.

Some versions of acupuncture claim to be more modern or scientific,  but Chinese medicine has been doing all of the techniques that western practitioners claim to have invented for thousands of years.

Acupuncture has also been practiced in India, all over Asia and even Europe for centuries, but the practice survived and was studied in China more thoroughly and didn’t die out like it did in other places. So China kept the practice alive more than anywhere else.

Getting down to the main differences… most Chinese trained practitioners use Chinese medicine theories to diagnose and treat patients.

We look at the flow of qi, relationships of the organs and meridians AND the modern scientific version of anatomy and physiology when treating.

Most “western” people practicing acupuncture are only practicing for musculoskeletal issues. Going only on the anatomy and treating a specific injury. Only 1 body part instead of the person as a whole. eg. shoulder injury, knee injury, pulled muscle.

Ie,  they may not be able to address your edema, as they aren’t looking at how to move fluids in the body, but they could do some acupuncture just on the leg, which might still help.

I can treat mental/emotional issues, hormonal imbalances, digestive issues, and more than one body part at a time. I can integrate cupping, gua sha, massage, electro-acupuncture, tens, pressure points, laser and even dietary recommendations, where they are most often treating only one physical injury.